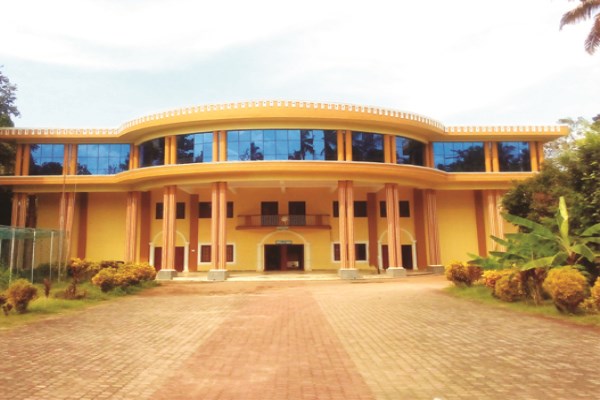 St. Joseph International Academy (SJIA), Kumbalam, sponsored by Valiyavila Foundation, a charitable Trust, was inaugurated on June 16, 2002 by Rt. Rev. Dr. Stanley Roman, Bishop of Kollam, Kerala State, India. It is an English Medium Residential and semi-residential school following the ICSE syllabus. It started with two kindergarten classes with 51 students. It was housed in an antique looking house with 3 rooms. The first registrations were done out of a Veranda of a neighbor’s house.

While the classes were going on, we finished the current monumental school building. The first floor of the new building was blessed by Fr. Stanislaus M. Fernandez SDB, of Valiyavila House, on May 28, 2003 together with Fr, Sepherin, Parish Priest of St. Michael’s Church, and Kumbalam. The school was inaugurated by Sree Alexander IAS (Retired) and Minister in 2004. At that point, we started up to 5th standard classes at a stretch to secure NOC from Kerala Govt. with a total of 155 students. Then we went up a standard each year and in the school year 2008-2009 we graduated the first 10th standard students with 100% pass, though we had about 9 students who were rejected by other schools due to possible failure. SJIA, Kumbalam obtained NOC from the Kerala Govt. on May 27, 2003 and ICSE provisional affiliation on April 17, 2007. ICSE Board in New Delhi offered permanent affiliation to St. Joseph International Academy on March 16, 2010. Our affiliation No. is KE09/2010.

On feb.2, 2010, the Executive Committee of the Council approved our school in Kumbalam for permanent affiliation and introduction of Science and Commerce Streams of ISC Classes (+1 and +2). WE cater to about 400 students up to 11th standard. For the last 8 years we had 100% pass result for the 10th students and in 2015 – 2016, our result was phenomenal. Out of 29 students, we had 10 distinctions, 16 first classes, 3 second classes.